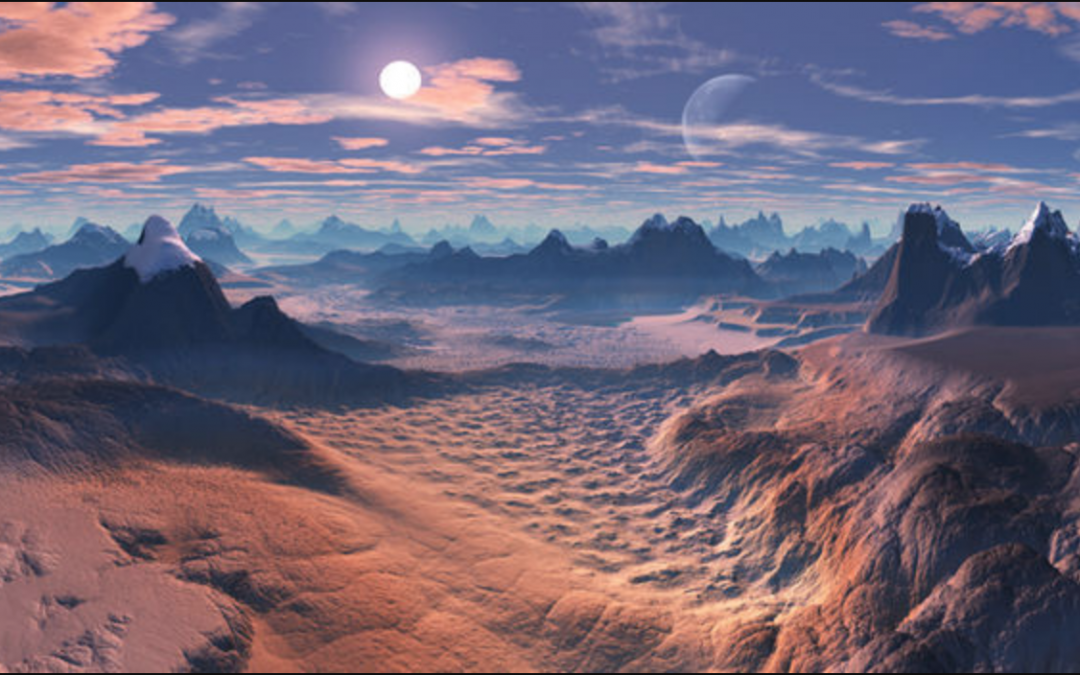 The year is 3042.
Free of E(arth)lings, Planet E’s fauna, flora and ocean life is beginning to revive itself. The majority of Humankind and Humalien hybrids live on Planet F in the Cabal Galaxies. It is a time of peace and sobriety.

Life on Eff is at once extraordinarily simple and complex. Usage of  Cerebral Brain power increased to an average of 67% for Humans and 88% for Humaliens. The Intestinal Brain is the focus of interest and practice for Humans and Humaliens alike.

Adult populations spend most of their time “building the new world”. This is a strenuous metaphysical endeavor and requires practice and patience. The younger adults must sit for up to 3 hours/day in meditation to accomplish their designated manifestasks. Older, more practiced adults are able to produce much more with less effort and in just a few minutes, so they spend more time nurturing their physiology, exercising their intestinal brains and interacting with other species to accelerate evolutionary processes.

Male and Female specimens are carefully selected and paired for optimal reproductive results. Female Efflings have rigorous strength, nutritional and joy training programs so that in fetus specimens are infused with only the best electro-hormonal composites. Male Efflings are trained from pre-puberty to properly serve and stimulate the Sacred Female life-bearers. The future depends on the male Efflings’ abilities to stimulate the Females’  production of vibrationally advanced electro-hormonal amalgams to increase all fetuses’ future evolutionary production capacity.

Males are trained to be perceived and experienced as pleasant adjuncts by the Sacred Females. To serve them and anticipate their needs and desires tirelessly from dawn to dusk.  They learn when it is and is not appropriate to speak. The opinions they express must be exclusively of respect, admiration and awe for everything Feminine. In time, they understand that they are indeed created exclusively for the purpose of serving these Sacred Life-Bearers, and that that, is an honor second only to Life-Bearing itself.

These Boys and Men (many of the females prefer the service of the younger Boys) become master groomers, massagers, chefs, artists, dancers, singers and communicators. Everything they learn is carefully designed to stimulate pleasures yielding in the best eletro-hormonal balance throughout the reproductive life of the Sacred Females.

Every young boys’ highest aspiration is to be chosen to be of service to these Females or to be an assistant server. Often times rivalries will develop among the men who dedicate their entire existence for the opportunities to be a “primary server”. This rivalry serves the Sacred Females well as they males keep their focus on competing amongst themselves allowing the Females to perform their leadership roles undisturbed.

After mastering the domestic arts they begin to be trained in the most involved and elaborate service: Inducing Female Ejaculation. They are trained to read and understand the most subjective cues and messages, to please their Females’ minds, and to encourage feelings self-love and admiration in their Females. They are taught and to surmise exactly when to advance or retreat until finally they may be allowed the honor of performing a G-Fulcrum manipulation culminating in the consecrated Female Ejaculation!

Nevertheless males know very well not to expect this or anything at all. their pride joy should come from being of service to Females. Expectations from males are regarded as contemptible and any self-respecting male would be mortified of being seen in such permissiveness!  They understand that after they have concluded the preparatory efforts of emotional, psychological and physical stimulation, the daily ejaculatory needs of Life-Bearers are most appropriately met by fellow Women who are generally more adept at pretty much everything they choose to do.

Occasionally and extra-ordinary male exhibits outstanding talents, but  for the sake of social order, everyone agrees it’s best not to trouble their pretty minds with the challenges  Sacred and Wise Females face while reigning the Cabal Galaxies.

These male-rousers are expected to take enormous pleasure in enduring a slave-like existence and laboring continuously knowing their greatest reward is the satisfaction of giving. Indeed they should be grateful for the opportunity to serve such prominent  executives of  The Galactic Cabal.

Male ejaculation on the other hand is considered a somewhat unclean and offensive accident. Most men don’t even know what it looks or feels like and mistake it for urine. Today stem cell Technology produces all the necessary and highest quality semen required. Females can select every attribute she desires in her offspring.

The most popular entertainment available on screens everywhere is, by far, the live-streaming of the the athletic endurance in male efforts and their creative abilities to induce ejaculations in Females. And occasionally they might even be recognized for how cute, or strong they may be!

Of course the focus, the remuneration and true admiration is always appointed to Females (Life-Bearers or Not). Females require, and are entitled to complete freedom and support from males. They are expected act & circulate freely wherever and whenever they please, mostly so they may inebriate themselves with their own grandeur all drenched and imbued in abundant herbal distillates! After all,  they must adjudicate amongst themselves the future of all life in the Galaxies annexed to their sovereignty.

Just Kidding! Actually it’s 2017 and this is life on earth for (the really lucky) women who aren’t being gang-raped and then stoned to death for not being a virgin, or being infibulated ( a process still common in many cultures that includes the removal of the clitoral hood, clitoral glans, removal of inner and outer labia and closure of the vulva leaving only a small hole for the passage of urine and menstruation.  of course it is re-opened for intercourse and childbirth. All with just a knife or scissors and no anesthetics mind you.